40 years later, is it time to reconsider the religious habit?

I just wanted to add that we also have Sister Christina as part of the vowed religious group in this discussion at least. You are right beatitude that the externals sometimes confuse the essentia

I'm glad Ignatius wrote what she did in response to this comment.  I do hope that in rereading it you see that there would have been a better way to express an opinion in favor of habits rather than p 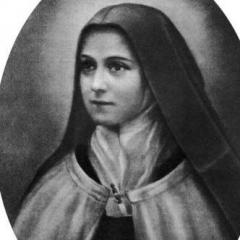 I am sorry for the way I phrased my statements