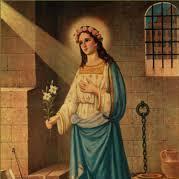 By AveMariaMaterDei, July 10, 2019 in The Vocation Station