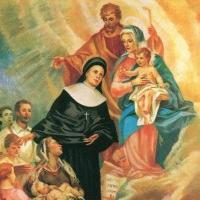 Dear friends, this will be my final post here for some time. I will no longer be responsible for our social media page and so now (thankfully) no longer need to visit Facebook. As such I will be limit

Dear friends, I have just been informed that I will formally be accepted for the next stage of my formation on the Feast of Our Lady of Lourdes, Feb 11. God's grace is overflowing in my life. Please p

Just wanted to share the Facebook page for our province: https://www.facebook.com/csfnaustralia?fref=ts If any of you use FB, check us out. Here is a picture of our new postulants sharing a (very sil