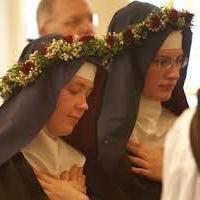 Discerning with an Older Community

By cartermia, April 9, 2018 in The Vocation Station