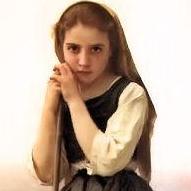 By AbigailGermaine, June 14, 2018 in The Vocation Station