The Issue At Hand 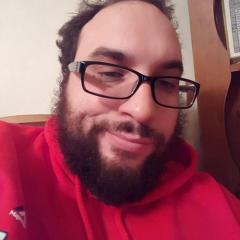 By Catholictothecore,
January 8, 2008 in Open Mic