What Community/communities Are You Discerning With?

Since two weeks ago, I'm a aspirant of the Benedictine nuns in the Benelux. The nuns live a traditional monastic life of prayer, work and study in accordance with the ancient Rule of St Benedict. At 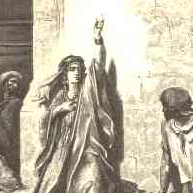 [b]So, if you are so inclined to let us know, what communities are you discerning with?[/b] The Franciscans of the Eucharist in Chicago! [b]Have you visited/written to them yet?[/b] Visited, n

MM, I was at a preached retreat given by a priest who had been taught by the RSMs. When the seminarians studied preaching, they used to make them go practice tor the Sisters. He said it was the most