By brandelynmarie,
December 17, 2011 in The Vocation Station 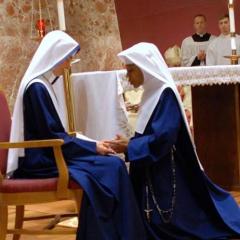 Haven't see this thread in a while. Thought I'd revive it especially given the fact that I really really need my VS prayer warriors on a case. I posted this in the prayer room but I figure you ca

[img]http://i1229.photobucket.com/albums/ee470/amandajjay/cajetan2.jpg[/img] St. Cajetan, you studied law but became a priest. You then provided no interest loans to protect the poor from unscrupul