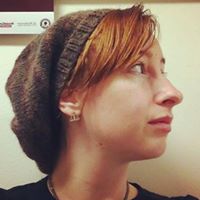 Physical penances certainly seem radical when we speak about them and they can be good for the spiritual life but if you are looking for real penance life usually provides what you need. I would

I have to be honest with you - this sends off big alarm bells for me.  Thinking in black and white is something that doesn't go well with community living.  It's something that most psychologists woul

Yes, I wasn't referring to silent acceptance of everything and especially not of big decisions.  I was thinking of more mundane conversations.  For example, one sister might insist that the temperatur